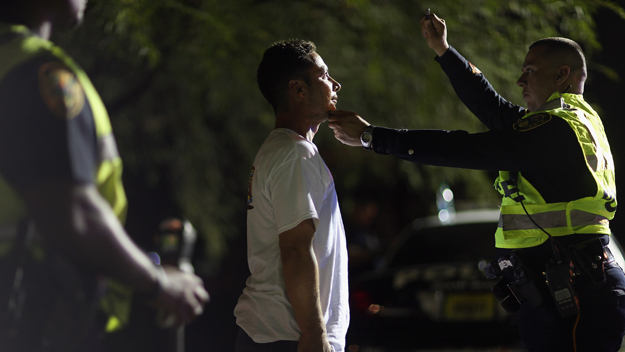 Across the United States, driving drunk or drugged is illegal, with each state having specific laws defining the assaults and its associated penalties. Under the laws of the state of Texas, being high on drugs or alcohol and driving is a felony that can have serious repercussions. With the authorities actively on the lookout for perpetrators of the stipulated statutes, several people do not know that they can be locked up even after few glasses of wine. In some cases, one may be arrested even when their blood alcohol concentration (BAC) is below that which the Law defines as “intoxicated.”

What is driving with influence?

In Texas, the general DWI law is found in the Penal Code Title 10, Chapter 49, under which the statute defines the term “intoxicated” in two distinct ways:

For certain classes of drivers, the blood alcohol concentration is lower. For example, if you are under 21, you are prohibited to drive with any detectable amount of alcohol in their system, and driving commercial vehicles are subject to a legal limit .04 percent.

When one is suspected to be on drugs or alcohol and is pulled over, enforcement officers can use a variety of ideas to identify use of drugs either in their blood or urine.  Blood alcohol concentration above the required cap is not necessary to accuse someone of drinking with influence; but rather get the cause indicating that you are drunk is enough for an officer to arrest you.

Among the kinds of observations, an officer can consider as to whether you are under influence is through looking at the driver’s appearance and behavior, the presence or odor of alcohol, and the driver’s performance on a variety of field sobriety tests.

Understanding your drinking with influence penalties

Texas penalties of drinking with influence are based on different factors among them age, license type, and other circumstances (such as having other passengers in the vehicle, or horrific events such as death).

Common penalties on drinking with influence you can expect include:

What Happens in case You’re Stopped

There was a time early last year when James, who is one of my friends, was stopped in Northridge Los Angeles, but he didn’t pull over and he decided to over-speed past the police. This escalated to a police chase fiasco after which he was apprehended and charged with several offenses including risking other motorists’ lives and drunk driving. That saw him pay several fines and his license suspended for one year. James also ended up serving a six months jail term.

If you’re stopped, be ready to show your permit, proof of insurance and registration details of the vehicle. However, on refusal to take a blood or breath test, your license will be automatically suspended for 180 days.

Punishment varies depending on the number of convictions under drinking with influence:

DWI with a Child Passenger

You can be charged with child endangerment for if you’re carrying passengers of below 15 of age. Driving with influence with a child passenger is punishable by:

Like many States, Texas has a Zero Tolerance Law for juveniles in relation to alcohol this means, people younger than 21, can’t operate automobiles with any amount of alcohol or drugs in their systems.

For a 1st offense, you face:

The Federal auto Carrier Safety Administration (FMCSA) states that an individual driving and operating a public automobile with a blood alcohol concentration of 0.04% and above is considered to be under the influence while driving.

Then your commercial driver permit is suspended for a year with a penalty of three years in case the vehicle is published for dangerous materials.

Other extreme crimes involving drinking with influence include assault and manslaughter under influence.

For first time offenders, they are put on probation while required to attend an education program about drinking with influence. For repeat offenders, one is supposed to undergo the intervention program whereas juveniles convicted of DWI, they undergo a special alcohol intervention program for minors. After two or more convictions on drinking with influence in five years, you must install a special ignition switch that prevents your automobile from being operated in case you’ve been drinking. To stay safe, don’t drive under influence or be designate. You can always call a cab. Moreover, where possible, spend the night where you are.